Resetting: The transition from captive agency to independent agent from an income perspective

If you’re anything like me and enjoy baseball, there’s a realignment in the game called the infield shift.   The shift has essentially taken over baseball over the past decade, going from an oddity to an almost regular occurrence these days.   The same can be said for the insurance agent.   The shift from captive agent to independent agent is commonplace now.

One of the most common questions we get from captive agents when contemplating this move is:   How long will it take me by literally starting over to replace my income level if I make the transition to the independent side.

In lieu of giving anecdotal stories, I thought that I would give you real-life examples from members in our Alliance.  And to make it more applicable, I have pulled out three examples of ex-captive agents from an income level; small, medium, and large.

Second, let’s look at a medium sized captive agency.   When Andrew left his captive agency, his income level was $250,000.   With a one year non-compete, Andrew replaced his income in two years.

Third, let’s look at a larger sized captive agency.   When James left his captive agency, his income level was $875,000.  As you can see, James replaced his income in less than two years with a one year non-compete.

The above examples are just that, examples.   There is no silver bullet or elixir that will guarantee success in making the switch.   We are the largest alliance in the U.S. and have been helping captive agents make the switch since 1983.   That’s a long time.  The critical areas which you need to consider are these:

This paper is focused on getting back to the point you were at when you left the captive side as quickly as possible.   I’d be remiss if I didn’t mention the other part of the financial equation which should probably be your first consideration.  In switching to the independent side, you are really starting a small business. You’ll need to have financial resources for three years in order to give yourself time to get established and grow enough to be self-sufficient.  We like to use a general amount of $50,000 in liquid assets.   Making investments in your new agency is hard to do if you are starving.  We also advise a written business plan which includes pro-forma. It’s a matter of personal preference but having a financial projection that includes your funding sources, and some cash flow projections for marketing and business operations is prudent.

I hope this gives you something to think about if you are open to making the shift. 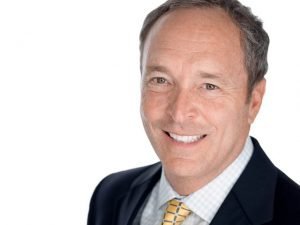